It's hard to believe that, 16 years ago - Halloween Night (2004), we formed The Tarot Guild! It's been a long, adventurous and FUN Ride! We are so grateful to the thousands of Tarot-Lovers, Students and Professional Readers who have joined us on this journey and supported "The Guild" all of these years!!

We started as a local organization, in San Diego, California. We quickly grew to several hundred Members, with regular Meetings twice a week! We were teaching Tarot and business to our Members, and even booked our professional members with paid-gigs, at multi-milliona dollar events in Southern California...

In 2009 we decided to go International, and bring what we were doing to Members world-wide! We launched our first website, and on January 20th, 2010 we Officially launched the site (even though it already had hundreds of folks on it by then), along with our very first Radio Show: "Tarot Today Radio"!

Tarot Guild HQ moved to Tucson, Arizona in late 2013, and on our 15th Anniversary, just last year, we launched this brand new Tarot social-networking platform (website)! I really feel like we have entered a whole new Era for "The Guild"!

Before long, we will be celebrating our 20th Anniversary! (OK, I'm feel "old" now! ...Hehehe!) ....We hope you will all continue on this amazing journey with us! 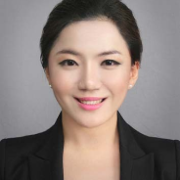 Thanks for Your Support!

You can help support the website by becoming a Premium Member! ...if you'd prefer to keep your Free Membership, you can help keep this website FREE for Tarot Lovers around the Globe with a Donation!