Marion writes: "I went shopping for a RWS deck and found one in a new age shop. I am doubting if it is a genuine deck though. The back of the deck is not one I have come across?"

Here's a LINK to the Deck she found: RWS TAROT

It depends on your definition of what a "genuine deck" is....

The Waite/Smith Deck was originally published in 1909, by the Rider Co. in the U.K. ....That's where the "R" comes from in "RWS" ....The company no longer exists, so many of us just say "Waite/Smith Deck" now. (You may also hear folks say "Rider-Waite".)

This is after the creator Arthur E. Waite (sometimes written "A.E. Waite") and the deck illustrator Pamela "Pixie" Colman Smith.....

The "Rider" trade name is now an imprint of Ebury Publishing, a Penguin Random House division.

The Deck was re-published in 1970 by U.S. Games, who popularized the deck, especially in the U.S.

U.S. Games has published various "versions" of the deck with different backings....

The original Smith Images were created in 1909, and are now in the public domain.... So many other individuals and companies have created their own versions, each with a different backing.....

This doesn't make them any less "genuine ".... In fact, some of them have superior card stock and images compared to the U.S. Games version!

Check out THIS VERSION from Da Brigh ("duh-br-EYE"), with a linen finish. It's listed as "Amazon's Choice" even!

Da Brigh calls their Deck: "The Original Tarot", which is obviously a misnomer, as the Waite-Smith deck is not the "original Tarot". Tarot Decks date back to at least the mid-1400's, and the Waite/Smith deck wasn't created until 1909....

Of course, there are Chinese "knock-offs", typically of lower quality ....card stock, printing, etc. The Link you provided with the ".nl" extension indicates this is a company / website originating from The Netherlands.

If you look on the box the deck came in, it should indicate the publisher and country of origin, which may or may not be in The Netherlands.......

My personal Favorite is the "Radiant Deck" version, also from U.S. Games, for it's crisp imagery and bright coloring! 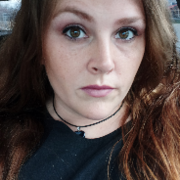 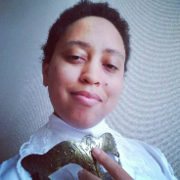