So I have been binge-watching "Game of Thrones" of late. I hadn't seen a single episode until now!

...Yes, there's even a Game of Thrones Tarot! ....It came to mind, as soon as I saw the Queen of Swords (and the King) in today's Daily Reading.

Like in "Game of Thrones", the Queen of Swords "plays the game", skillful in political affairs, and playing off rival factions against each other. She is independent and analytical.

Courageous and intelligent, she is made wise through suffering and loss. Queens are associated with The Master Healer/ Master Teacher Number 33.

She also makes decisions quickly, and takes Swift Action! This is one of the major differences between our current "Kings and Queens" (think CEOs and Billionaires), and us "common folk", ...they don't hesitate!

Swords represent the Air Element in Tarot, and are about thoughts & ideas. The Queen has a single broad sword; focused on one idea, she is able to cut right through obstacles to her Goal!

But be careful however! All of the swords are double-edged in Tarot (at least in the Waite/Smith Versions of the deck), they cut both ways!

Taking Swift Action is also part of the essence of the 1-Energy, from the DAY today, the 10th. One is fiercely independent, competitive, determined, loves freedom, is original, self-reliant, and is about leadership, as well as new beginnings!

The DATE today reduces to the Six-Vibration. The 6-Energy is about domestic happiness, harmony, home, family obligations, children, and stability.

The Three of Wands has followed his passion(s). This is a card of realized goals, fruitful partnerships, cooperation, and assessment. Three (3) is the Number of Communication & Creativity.

The danger here is, having had some success, we can "get stuck", here in the lower Numbers. Full realization of Abudance & Prosperity come when we reach the Higher Numbers... 7, 8, and 9...

It then takes the Change, High-Energy, and sometimes even Chaos of Five (5) to break us free, so we can move on to the Higher-Numbers!

Don't Assess too long, and hestitate at the Three of Wands! ...Right after it is the Queen of Swords, reminding us to unleash the Creativity of the Three, make fast decisions, and Take Swift Action!

His success has made him confident. He is comfortable, resourceful, and experience has made him wise in financial affairs. Have you ever noticed how the "one-percent-ers" seem to manifest effortlessly?

This is the snowball effect at work! He can't not manifest! He is "The Master Manifestor"! Like the Queen of Swords, and her ONE sword, the King of Pentacles focuses on his ONE pentacle.

When you become "The Expert" in the ONE thing, manifestation and abundance become seemingly effortless.....

Bringing Out Your Creativity with Focus

(The Card Images are from the Radiant Tarot Deck)

Book a Private Session with me! Available via email, text-chat, or video-conference. Your session includes your Full Custom Numerology Chart and Report! Book here:

Interested in learning Tarot & Numerology? Check out my Course, Tarot by The Numbers™!  You will learn Tarot and Numerology, side-by-side, in a self-paced, online course!

COURSE SPECIAL: Your first full year of Professional Membership and the application fee for your CTR - Tarot Reader Certification is included! ...Save $122!!

Find Out More & Enroll at:

The Pro Memberships is less than the cost of a latte ($3.91 per month - billed annually $47), and includes a 15% discount on all levels of certification and a 25% discount on my Course, as well as a host of benefits!! 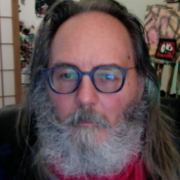